The Skyhawk Band participated in the Tucker Free-For-All on Saturday, September 22nd.? This was their first “exhibition” in a competition setting.? The band got to perform for judges, then, receive feedback from the judges after their show.? As of Saturday night before leaving, Mrs. Oyan had not read the official judges review packet.? However, intial feedback given to the band as a whole during the “feedback session” was favorable and positive.

Yes, I am a biased parent, but, I am around the kids enough to see how hard they are working.? I see how dedicated Mrs. Oyan is to our children’s band.? I see how well they respond to the adjustments and improvements she makes each week.? I am truly amazed at how they continue to improve week to week.? To my understanding, one of the comments from the judges was to this band’s?”potential”.? It is obvious to me this band is very talented.? I am sure everyone is excited about where their continued hard work and dedication along with this “potential” will take them this year. 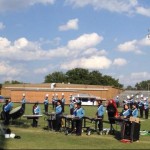 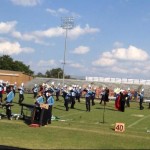